The next stop for the day was a neighborhood pub in the Lindeborg area. Once again, this was primarily a pizza place that was focused on sports. I think I see a pattern… This place is located very close to the football stadium though so it makes sense. The beer selection was mediocre. I could only see lagers, although I didn’t notice their beer fridge until after I ordered my tap beer and only glanced over there afterwards.

They had three taps. Two of them were occupied by Falcon… and the third one was Staropramen. So I took the Staropramen because at least that’s pretty decent. 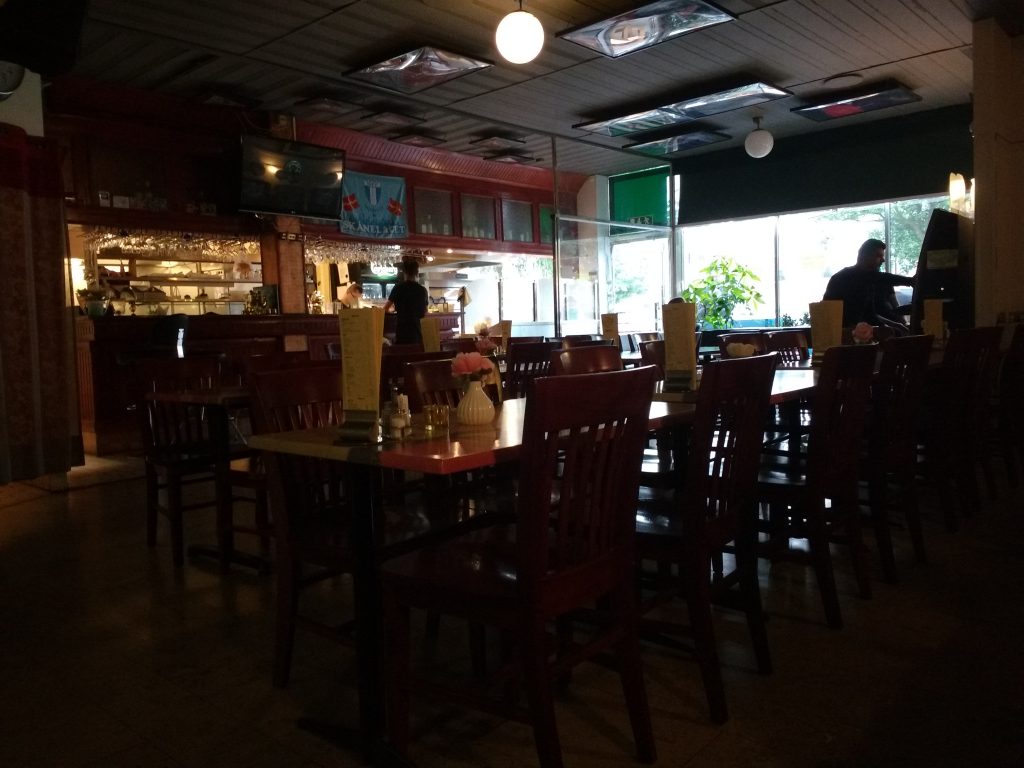 Interiors were pretty meh, although the bar was pretty nice looking. All the tables are in the middle, then along one of the walls they had some booths were we were sitting. In one corner they had some gambling machines which are quite common in these types of places. They do bring about some seedy types of people though, and in general just drags down the atmosphere of the place for me. In the other corner they had a dart game. Once again there wasn’t any music playing here, but there also wasn’t any game being shown either. So all you had were the ambient sounds of the place. All the tables did have a nice looking fake flower though so at least that’s something! 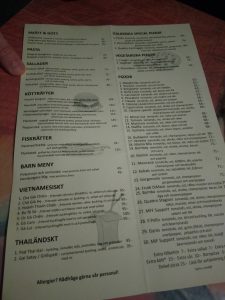 The menu was what you’d expect. Pizzas and burgers. Although they do apparently have some thai and vietnamese dishes as well which was quite surprising. We didn’t try anything from the menu however so I can’t speak to the quality of the food.

The restrooms were in decent condition and seemed pretty well maintained.

Another random thing I noticed was that there were quite a few flies flying around the place which was somewhat annoying, but not necessarily indicative of the upkeep of the place.

In summary this is also not really a place I’d hang out at. It wasn’t very cozy and the beer selection was bad. While it was pretty empty during my visit I can see this being a popular hangout for the local drunks, and people going to see the game.